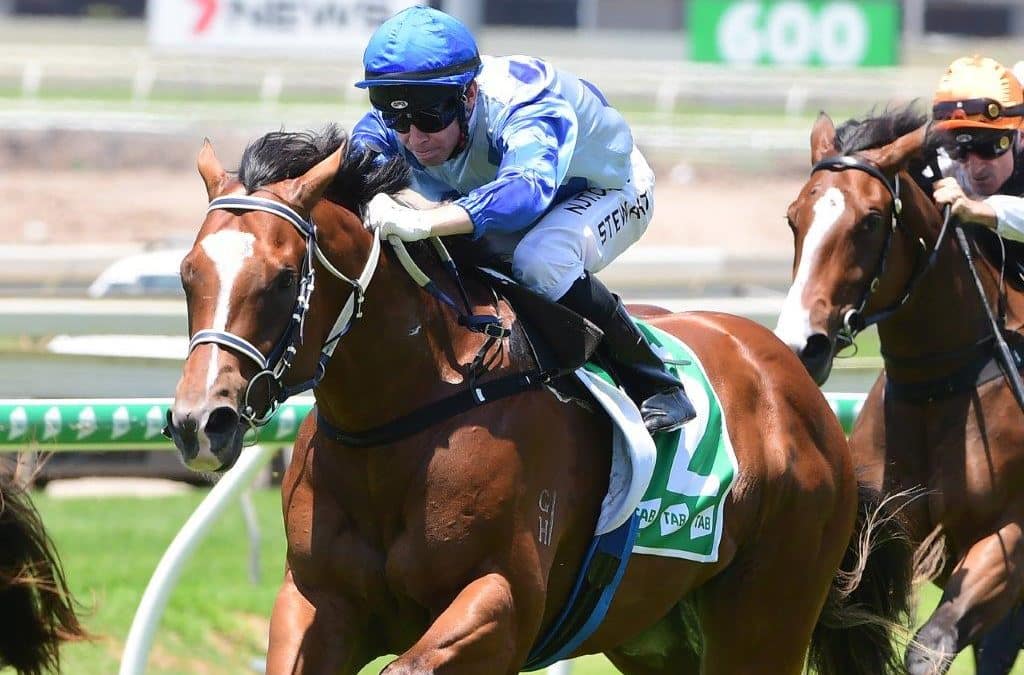 An outstanding debut performance by Thunder Mania in winning over 1200m at Doomben today!

After having a trial 4th, and a jumpout win, he had been improving at being a racehorse and was ready to commence his career today at a suitable 1200m.

With the market “knowing”, he was well backed from double figures into around $4.20, and from his barrier 1, jockey Ron Stewart had him settled at the tail of the 5 horse field. He tracked them into the turn stylishly, and despite wobbling for a couple of strides as he peeled out, he thundered down the straight under Ron’s hands and heels to win dominantly.

A typical Esprit Racing win, with a very well educated horse relaxing beautifully, and saving energy for the one charge to the judge…another fabulous training effort by the team, and don’t forget it’s yet another astute purchase by John Symons! 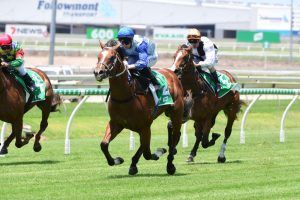 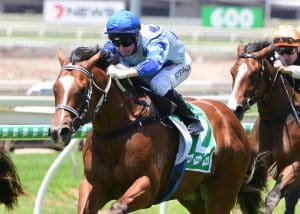 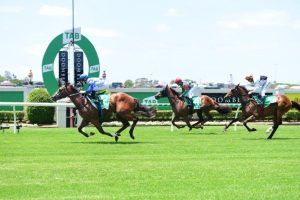 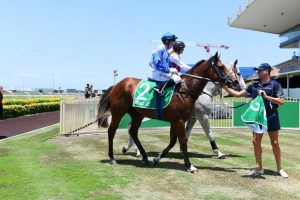 From here for a 2yo in summer, of course are the Magic Millions aspirations, but all that will be dependent on the colt being ready and then performing well enough in a fortnight to deserve a Magic Millions entry; if not, there will be other options in the Brisbane winter carnival….good times ahead!

Thanks to Grant Peters at www.tracksidephotography.com for the images.