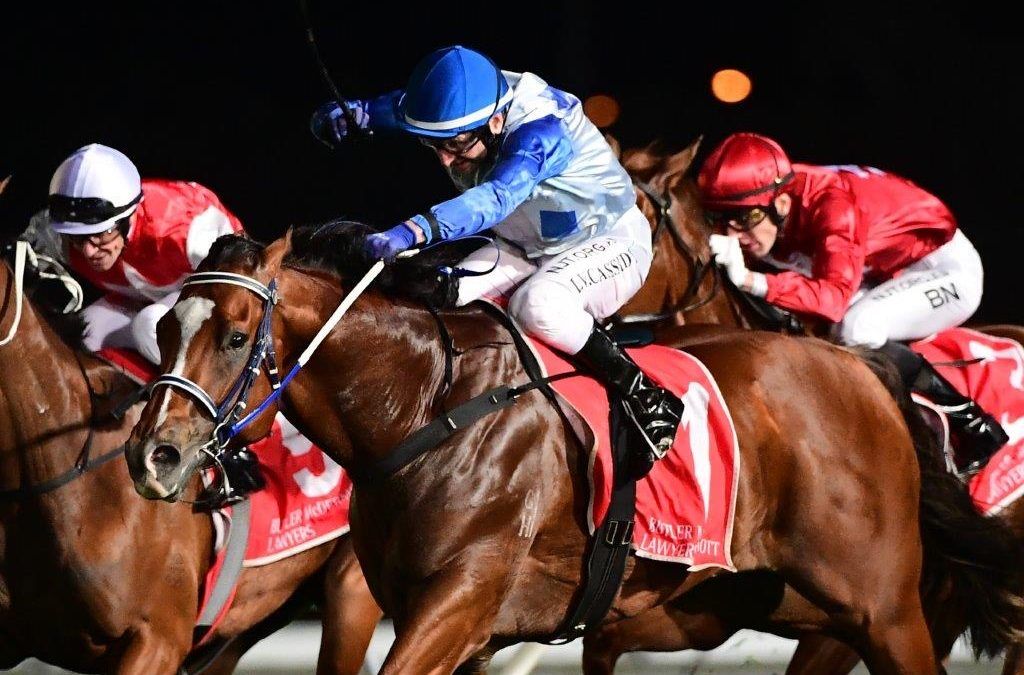 A very workmanlike but impressive win by Thunder Mania at Sunshine Coast over 1400m last night, one that put him into consideration for a Group 1 start in the JJ Atkins on June 6 at Eagle Farm.

Ridden by Larry Cassidy, the colt was having his 4th start and looking to add to his two wins to date. Seen by the market as a match race between he and the impressive Doomben winning filly Starosa, he was around $4 in betting compared to the filly’s warm $1.50.

Tempo was going to be critical, as Starosa was expected to dominate from the front whilst Thunder’s racing pattern to date had been to zip home from last. For much of the race it seemed that the filly had it comfortably in the lead, whilst Thunder was two pairs back on the fence saving ground, but needing luck to get out and the sprint to catch the leader.

As they rounded the turn, Starosa was quickly put under siege, and Larry extricated himself beautifully from the fence and swung to the outside. In a few strides the big colt bounded to the lead and despite ducking in under pressure, held a long neck margin on the line. 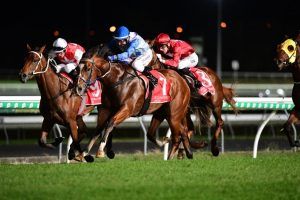 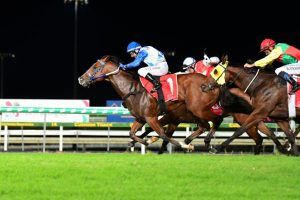 So the win augurs well for his future; the colt has pulled up extremely well so we now await the order of entry to the Atkins.

Congratulations again to a great group of owners spread across the country, and to the Esprit team!