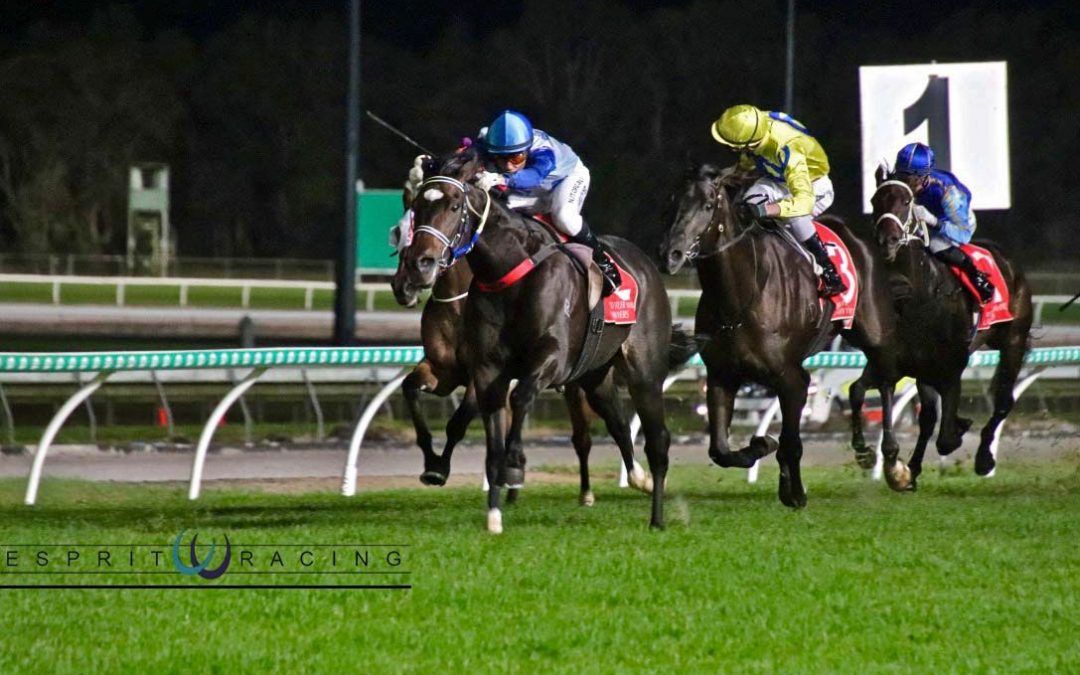 Ridden again by Michael Hellyer, the 3yo gelding was up in class and distance, and in the small field of 8 from the inside barrier 1, the risks were the potential slower tempo, and being trapped on the worst going along the inside rail. Without Thinking, however, had no problems dealing with all of that….

He was a little too relaxed in the barrier, missing the start by a length or so, but he was able to make ground comfortably to sit 4th on the rail, in plenty of galloping room.

Michael was able to make ground prior to the turn, and railed through to hit the lead shortly into the straight. For a couple of strides it looked like the challengers would swoop down the centre of the track, but he was able to stride clear to win by a convincing 2.3 lengths, despite seeming to be stargazing at the lights and the big crowd at Corbould Park.

So the decision for John and Sheila will be where he goes to next. After a delayed campaign impacted plans to head to today’s Qld Derby, John suggested there are some nice 1600m races over the next month that could be nice options depending on how he pulls up and works over the next fortnight.

A lovely racehorse, and a magnificent looking animal.

Congratulations to all concerned! 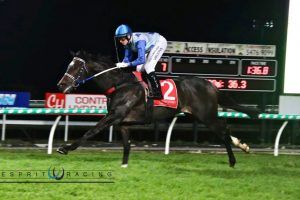 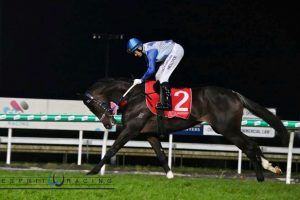 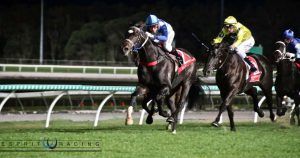 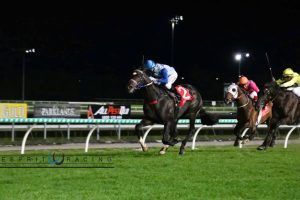 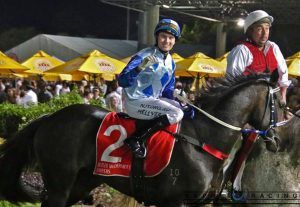 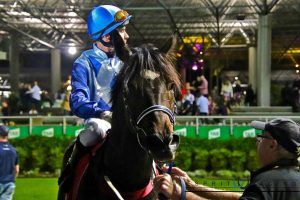 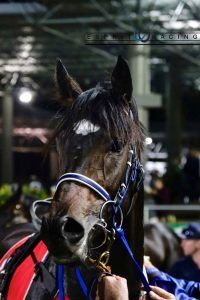