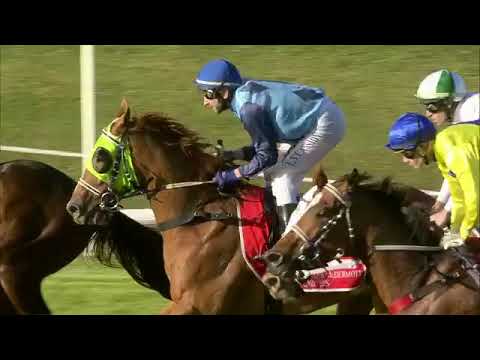 Well, you don’t see them do that too often, but Bronzegate was able to win dominantly today on the Sunshine Coast, after missing the start by some 5 lengths.

The flashy chestnut son of Postponed has become quite a handful at the barriers in the last 12 months, and was up to his old tricks as they placed the blindfold on him. Once he was placed in the barriers he reared, nearly unseating jockey Larry Cassidy. As they released the blindfold and the gates opened, he again reared and seemed to kangaroo hop from the stalls, well behind the pack, that included stablemate Kiriana.

He was able to make the ground up quite well, as the tempo was quite pedestrian, and stable followers thought that it was going to be a big task for Bronzey and Kiriana, who still sat last up to the turn.

Sprint they did though, and just as it looked that Kiriana was going to let down on the outside to win, Bronzegate charged through the middle to win convincingly.

This is his first win for 2 years, after a couple of disrupted preparations, and the gelding had John and Sheila scratching their heads after an inglorious display last week. A firmer track, extra fitness, a smarten up over the jumps, and appreciating racing between horses, all played a part in what was quite a remarkable win, and it does augur well for him when he next returns to 2200m.