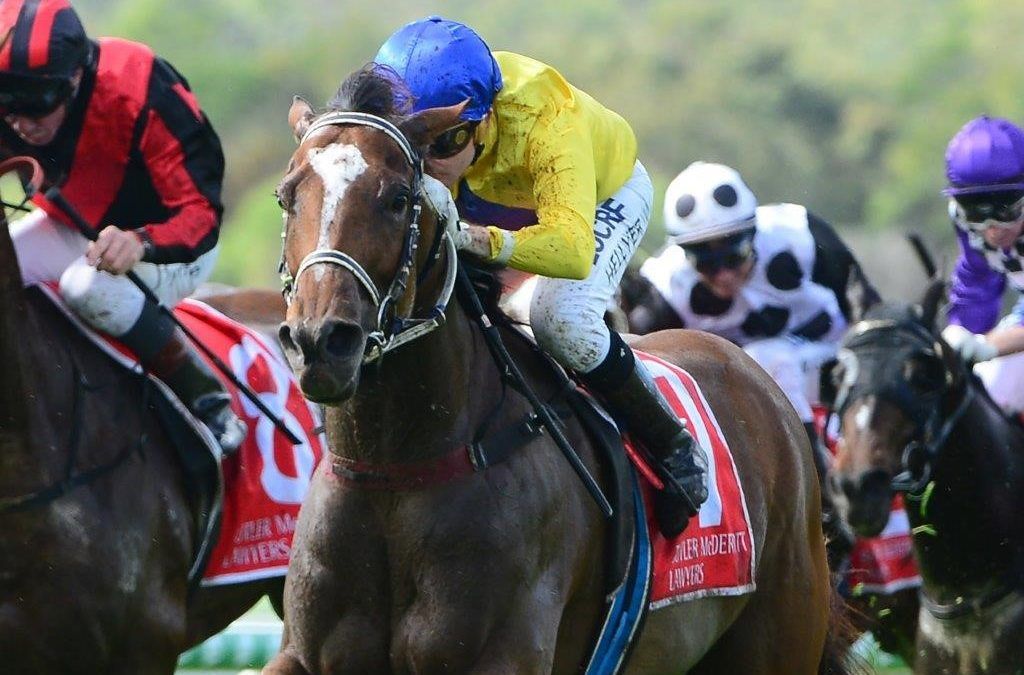 In a last to first victory, progressive staying mare Kiriana was far too good for her opposition over 1800m at the Sunshine Coast yesterday.

Despite a wet week impacting her preparation, she had enough residual fitness and staying talent to be able to dash away and was eased up late under a hold from jockey Michael Hellyer.

Michael was very impressed, indicating that the track was very demanding and that the mare was in for a very good campaign given she is new to racing and can only benefit from the experience. 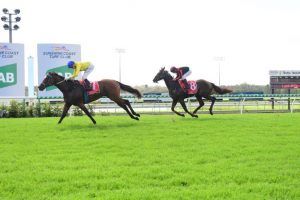 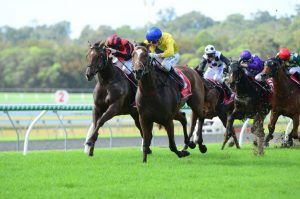 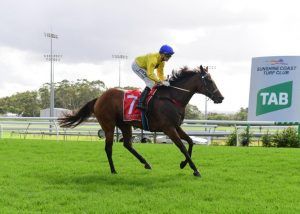 Trainers John and Sheila were delighted; they’d been anxious before the race given the disrupted preparation, but were thrilled with the way Kiriana lengthened when asked. On Sky Thoroughbred Central, John indicated that the mare was a pony when purchased as a yearling, and has been a late bloomer both physically and mentally, and the plan will be to progress through the grades as she becomes more experienced at the caper.

Several owners were on hand from Melbourne to take in the win and the celebrations, which was great to see! 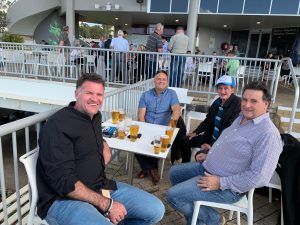 Thanks again to Grant Peters at Trackside Photography, www.tracksidephotography.com, for the photographs.