It wasn’t long before John wanted to aspire to greater heights and started to become involved with the show circuit, learning what he needed to do to become a top show rider. He won many competitions and showed his expertise when running second to the Olympian Andrew Hoy at the Royal Melbourne Show.

Although John had become passionate about all types of horses, his parents were very dubious about him following his hobby as a work option and insisted that he qualify in a trade. John opted to take up a painting apprenticeship and won the Victorian Apprentice Painter title proving that anything John undertook he ventured to be top of the tree in.

However in 1977 John downed tools and went to work at Kingston Park. At this time John also married Kim who too had an avid interest in horses. John learnt many of the breeding ideals at Kingston Park and prepared the great Kingston Town for the sales also working with other studs and leading trainers. With this knowledge under his belt, John started getting involved with the racing scene and spent many an hour studying the winning horses and identifying what common denominators appeared to be their traits he ventured into the training game in 1980, training his own horse Batchelor’s Toddman which won at his third start. 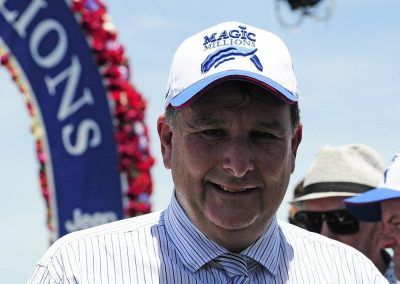 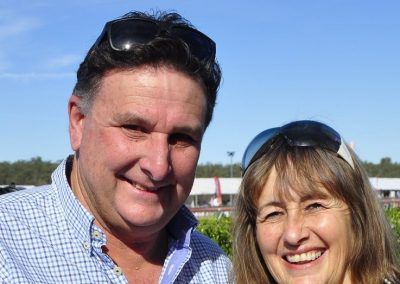 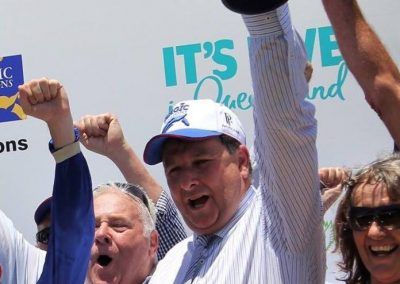 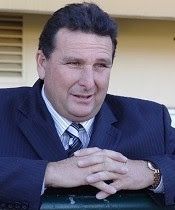 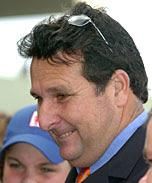 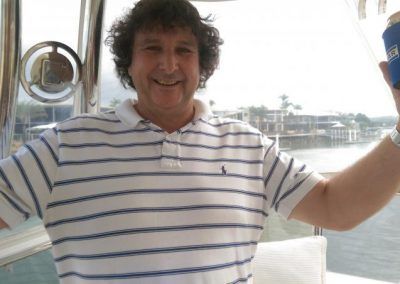 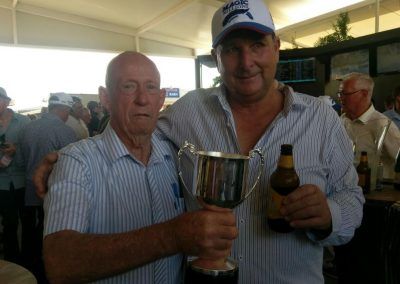 Alert owners took note and before very long John’s stables at Hall Lane started to overflow with other people’s racehorses. At the same time operating his own painting business in Seymour very successfully, but, as time went on, his passion for horses grew stronger and stronger and, after one paint altercation too many, with Kim’s astute assistance John took up training full time in 1984 and won with some very average horses as he dedicated the time and understanding gained with his previous experiences to develop these horses to produce their best on the race track.

As John’s expertise and achievements spread, the opportunity arose for him to take up resident trainer in 2000 for Kurt Stern at the newly developed outstanding training facility at Macedon Lodge.

John was instrumental in the final touches for this extraordinary venture into having a stand-alone training facility and the winners started to flow regularly from these stables once the operation got up and running.

By 2001 John had elevated to being in the top ten trainers in the country with Bel Esprit taking the racing world by storm. John, using his previous studies of what particular traits appeared to make the best racehorses, picked Bel Esprit for $9,000 and, half an hour later, purchased Macedon Lady for $22,000 at the Sydney sales.

He went on to the Golden Slipper but a wet track and number one barrier proved his undoing, running a fantastic 5th in this event on a track he was unable to be competitive on as firm tracks were his preference. As we all know, Bel Esprit produced the amazing Black Caviar (which, incidentally John was one of the bidders at the Melbourne sales) amongst plenty of other very fast progeny.

Other successful horses under John’s care have been Joy of Flight, Infinite Grace, Zupaone, Down Under Boy, Zupacool the ill-fated and the incredibly talented Daintree Duke. Horses that have come into the stable as abject failures, such as Chantal Sally (won first up as a two year old, had 20 more starts for zero, went to stud two years in a row and failed to get in foal) who ended up winning 8 races in her 29 starts for John, as well as getting black type (and qualifying for the Melbourne Cup) when running third in the Cranbourne Cup. Such is the knowledge and expertise gained throughout the years by John Symons that he has become the most vigilant and careful picker of yearlings as well as now having the facilities to produce these horses to the very best of their ability.