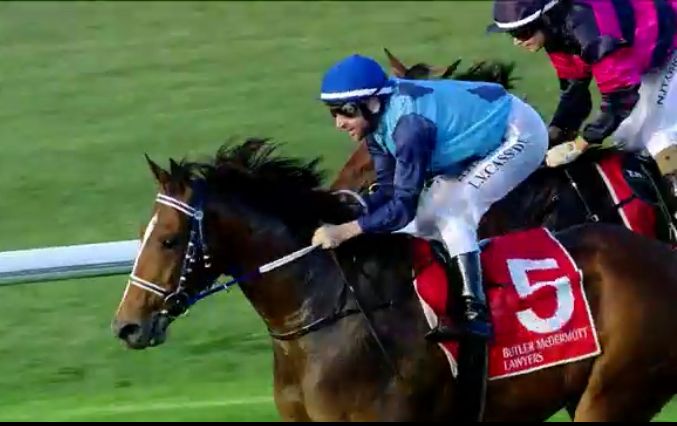 The niece of stable legend, Irish Constabulary, 4yo mare Irish Ace finally had her time in the sun with an excellent performance winning at only her second race start at Sunshine Coast on June 21st.

When we say time in the sun, well not exactly, as she was faced with a very heavy track after quite a wet week on the Sunshine Coast. Not only was that an obstacle to overcome though, she also drew the outside barrier and was facing a 1000m journey which was anticipated to be short of her best.

The determined Miss did not let that bother her however, and ridden to perfection by Larry Cassidy, Irish Ace was able to slot in at the back of the pace and did appear to be travelling well before the turn. Larry extricated her from the pack, and she moved to the outside very quickly, and always looked to be the likely winner down the home running.

Strong to the line, this race does bode well for this campaign as she becomes fitter and starts to step out over a longer journey.

As well as being a thrill for the Esprit Racing stable, it was a testament to the patience of a number of stable supporters, including breeder Gerry Harvey. Irish Ace was purchased at Karaka in NZ in January 2017, and as well as being from Derrydane (the daughter of Irish Constabulary’s dam Irish Truce), she is a full sister to well performed listed winner Passing Shot.

She has need all that time to develop mentally and physically, but this girl Irish is on her way to making her own name for herself! 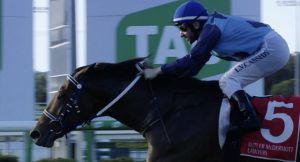