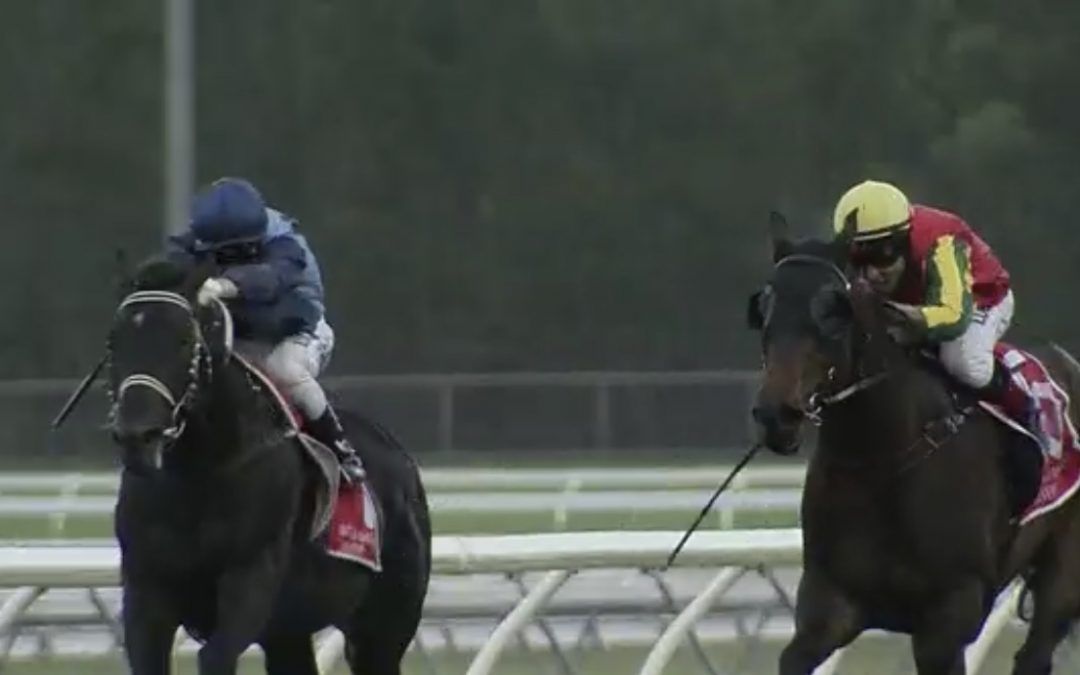 After an unusual poor run by Checkmate Lad, (where he was subsequently found to have effectively torn a hamstring), it was wonderful to see him back at his competitive best, dominating the Fort Knox Storage Class 2 Plate over 1600m at the Sunshine Coast today.

The win was an absolute credit to the Esprit Racing team in nursing him back to health, utilising the best equipment and care to have him ready to continue his campaign, despite the disruption and the challenge that such an injury causes.

Supported late into $14, after $19 was available, his supporters were obviously aware of his consistency and his ability, and he and jockey, Ron Stewart, never gave them a moment of despair, as he jumped well, boxed seated behind the leader, and was the first horse on the scene in the straight to put the race result quickly beyond doubt.

Trainers Sheila and John were delighted, given the race was a stepping stone until he got out to his preferred 2000m+, so we look forward to watching him at that distance range on those fast conditions we expect to see in the upcoming Queensland summer.

Congratulations to all his owners!