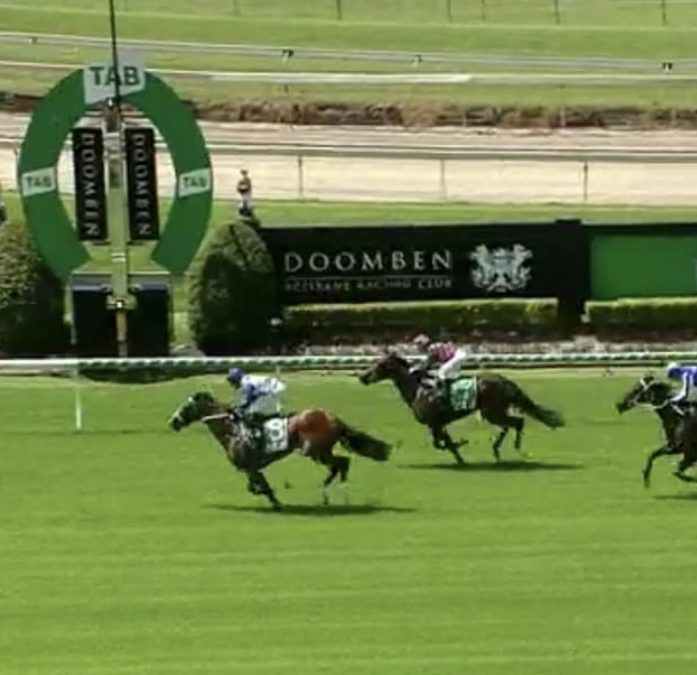 At a price of around $1.40, lovely 2yo Headwater filly, Dovetail Diva, was able to achieve what the market expected with an excellent win on debut at Doomben today.

It was not that easy, however, with the filly caught at least 3 wide for much of the 1110m race after drawing wide and rival jockeys not prepared to let Ron Stewart have it his own way.

After moving outside the leader before the turn she seem to lose stride, but once they straightened she always looked like reeling in the leader and under firm but kind riding was able to hit the lead and move clear at the finish to win by 1.25 lengths.

The win showed how brave and tough this girl is. She has been in work since around August in preparation for the 2yo’s in Training sales, yet was able to tough it out so impressively today; surely a great indication that she will be able to improve and take the next step during the winter carnival.

Trainers John Symons and Sheila Laxon were both delighted, and probably relieved, as keeping the filly right to go and winning after such a long preparation, on a slow track and from a wide barrier is not an easy feat, especially under the expectation built after last week’s dominant trial win.

Pleased to see several owners on track and others off track communicating pre and post race on the social app Friends of Mr Ed, or “Fred”.

Congratulations to the entire Esprit Racing team and to all owners!